Once upon a time my pantry shelves were lined with Campbell's creamed soups--but then I learned about that sneaky stuff called monosodium glutamate (MSG).  The research was clear on the dangers of this additive and if the label read it then I decided I wouldn't buy it.  It was a hard change to make because a lot of really yummy foods contain MSG, but I was sticking to it.

But with all those Campbell's creamed soups gone from my pantry what was I going to make for dinner?  Most of the recipes I used regularly called for creamed soups.  After making Mel's delicious green bean casserole for Christmas dinner one year I realized that whipping up my own creamed soups from scratch could be really easy.  First thing I set out to recreate one of my husbands favorite dinners, beef stroganoff.  It took me a few tries to get it right, but I'd say the end result tastes just like the original, except a lot healthier. 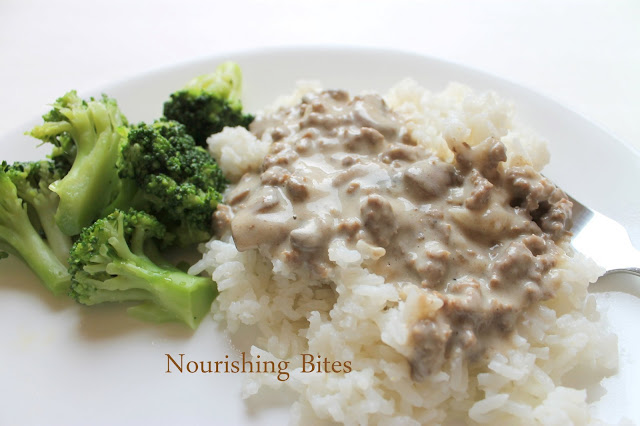 1. Cook ground beef in a large skillet.  Transfer to a bowl and keep warm.

2. In the same skillet melt butter over medium heat and add mushrooms.  Cook until mushrooms release their liquid, about 5 minutes.  Increase the heat to medium-high and cook until all the liquid has evaporated.

3. Add the salt, pepper, dried onion, and garlic.  Stir in the flour and cook for about one minute -- this helps get rid of the starchy flour taste.  Slowly mix in the chicken broth using a whisk and bring to a boil.  Reduce heat to medium and let simmer, stirring occasionally, until the sauce has thickened.

4. Stir in cooked ground beef.  Add sour cream to sauce and mix in with whisk.  Serve over rice. 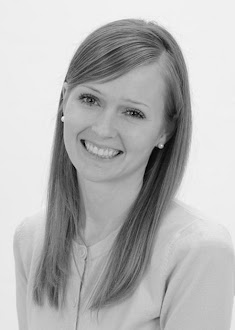 Welcome to my brand new blog. I'm Amy and I love food. The healthy kind. This site is a collection of my tried and true recipes. Be sure to check back often, subscribe below, or follow on facebook since I'll be adding my favorites a little at a time.